After rooting our mobile, the first thing comes to our mind, What will be the best Custom ROM for my device? There are plenty of ROMs are available in Both Official and Unofficial versions. We flash the custom ROM because our Manufacturer stopped updates or we don’t like their UI. So, Our Custom ROM should be near Stock Android with Latest Android Version. So you are looking for the best custom ROM to install on your rooted Android device, which is now running on Pie (9.0)? These are the five best ones you should choose from.

Android Pie is one of the stable versions of the Android Operating System; it is available on the latest smartphones. However, if your Android device is not running on Pie (9.0), you can still get to explore the exciting features of this OS version. It requires rooting your device and installing any of these custom ROMs.

The Best Custom ROMs Based on Android Pie (9.0)

Basic things when selecting ROMs, It should be Official. Unofficial ROMs may contain a lot of bugs. On the other hand, Official versions will receive regular patch updates, and it is stable. Considering this two requirement, We listed the best Custom ROMs.

This custom ROM is new into its category but has gained quite a level of popularity. It is based on AOSP ROM, which includes Google Apps. You don’t have to Install Gapps Separately. As you may have guessed, this custom ROM brings a real Android Pie experience to rooted devices. You’ll also get all the Google Pixel wallpapers to your device. Also, the launcher that comes with this ROM is Google Pixel’s launcher. This ROM further goes on to support boot animation and sounds. It is simply the best Android Pie custom ROM that will give offer you a Pixel-like experience on any rooted smartphone. 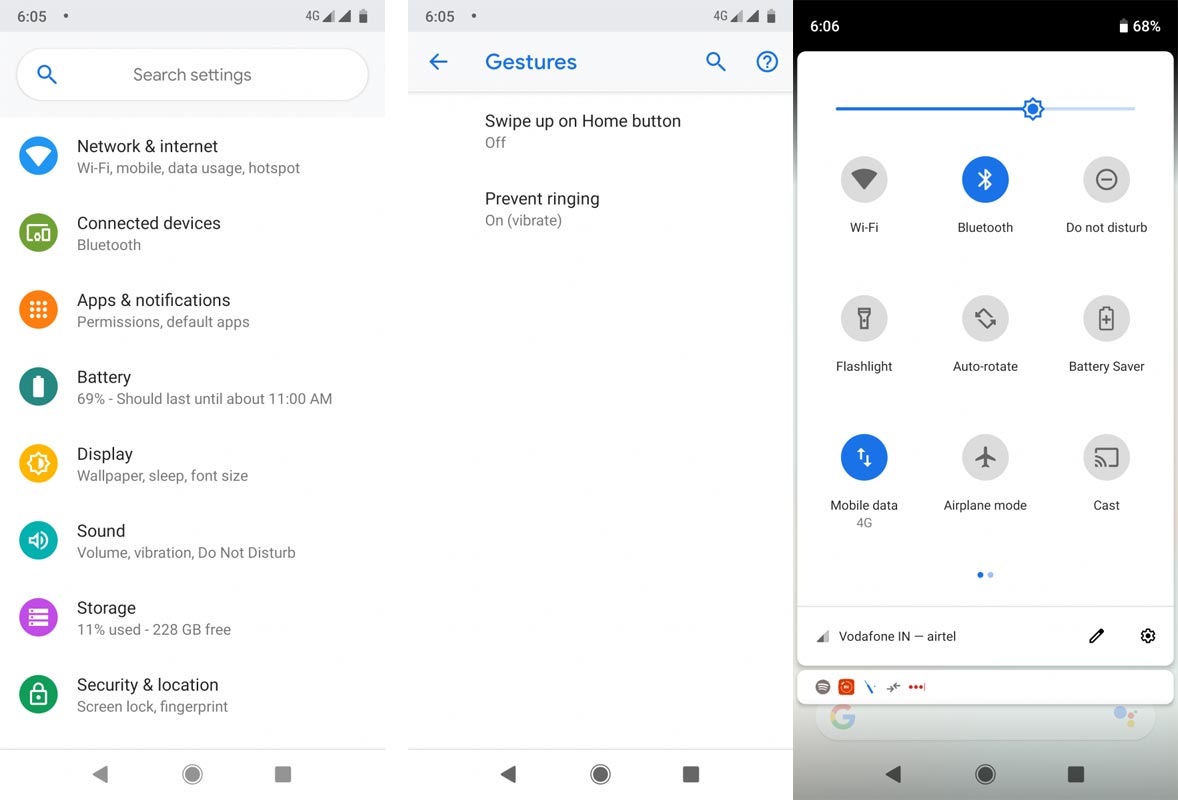 More so, you’ll get all Google Pixel ringtones and fonts if you install this ROM. A couple of techies have tried out this custom ROM on different rooted devices, and it worked perfectly. Finally, this ROM allows for personal customization of its features, such as activating the always-on display, Pixel blue accent color, and more. However, this custom ROM may not work correctly on some smartphone models.

Previously called CyanogenMod ROM and later renamed to LineageOS, this is arguably the most popular custom ROM, and it comes with a variety of features. This custom ROM works on a wide range of smartphones. LineageOS is still regarded as one of the best ROMs because it promises more stability and security than the others. The official Pie update of this ROM has been rolled out for many devices. You will enjoy almost all the features of Android 9.0 on your rooted device when you install this custom ROM. As regards to customization; unfortunately, LineageOS only supports a little customization, unlike the other ROMs. 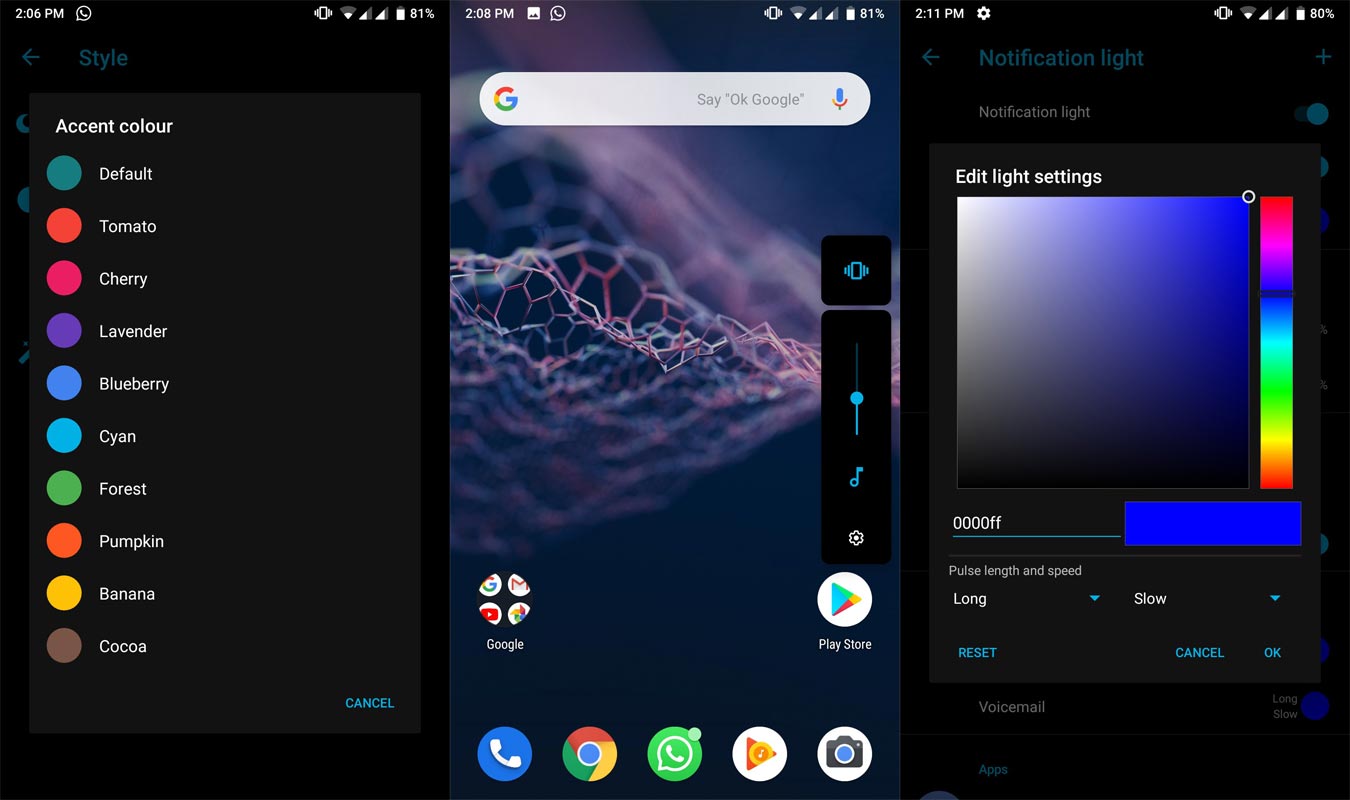 While this custom ROM is released for many devices, most of the releases are unofficial. Thus, you may notice some bugs when using the ROM. Nevertheless, LineageOS is pretty much stable on over 200 devices; hopefully, your device model may be among the supported ones. On the surface, this custom ROM tends to appear like a stock adaptation of Google’s Android. Meanwhile, it is stocked with handy features that you won’t find on most non-rooted Android phones.

This custom ROM is based on AOSP and has pretty much featured to offer. The ROM provides Stock UI with customization options. It gives a similar experience to what you’d get from the Pixel Experience ROM because they’re both based on AOSP. Also, this custom ROM supports the substratum Theme engine, which can change the appearance of your device. Interestingly, the network connection and battery backup of this custom ROM is efficient, which are among the reasons many people prefer it to the others. Techies have confirmed that this custom ROM delivers a smooth and seamless Android Pie experience on installed devices. The developers of this ROM are solidly behind it; providing constant updates to the OS for a better experience. You can install this custom ROM practically on all rooted Android smartphones, irrespective of the manufacturer or model. AOSP Extended ROM is one of the options to consider for a seamless Android 9.0 experience on rooted devices.

There are a bunch of more features available on this custom ROM; such that you may not see on others. Also, in terms of stability, this ROM proves to offer more stability. CrDroid did not sacrifice some features to provide you with a stable Android experience; it comes customizable features, as well as proves to be efficient. There are different variants of this custom ROM, and each option is specially designed for specific devices. The developers of this OS prioritized customizability, reliability, and performance; thus, you’ll enjoy a perfect experience using this OS. If you’ve previously used some other custom ROMs, then you’ll easily detect the difference. crDroid has more to offer, and it is also stable. You can customize this ROM to any extent you wish; however, it features Quick Settings, Status bar, Lock Screen, Navigation, Buttons, Sound, and Recent Screen Customizations. This custom ROM has been released for 90+ devices, while its just 30+ devices that support the Android Pie updates. CrDroid stylishly offers pixel-like experience and supports Google Gcam Camera app. This is one of the best custom ROMs we recommend for our readers.

Lastly, we also recommend Havoc OS custom ROM as one of the best ROMs to enjoy Android 9 experience on rooted devices. This OS is stable, supports customization, and also comes with a bunch of useful features you’ll love. Havoc OS is available for many Android devices; it is quite similar to the CrDroid ROM in terms of customization. The battery optimization capability of this ROM is quite impressive when we tried. You can customize this OS until it fits your taste. There are a variety of beautiful themes to choose from; you can tweak the notification panel, it supports animations and more. Interestingly, HavocOS supports a pixel feature, which is the Now Playing card on your lock screen. Also, you can change every part of your device once it is running on this custom ROM. Generally, this is a highly recommended custom ROM for Low-End devices. It comes as the closest option to Resurrection Remix, which is believed by most techies to be the best Android custom ROM.

I know there are many best ROMs like Resurrection Remix, Ported ROMs available. But We picked based on a lot of metrics. These are the five best Android 9.0 custom ROMs you can install on your device after root. They are all stable and offer a seamless experience. Also, these ROMs support customizations, and they are available for many Android devices. If I missed any ROM, Or you have better suggestion comment below.